This Brussels Sprouts recipe is sure to turn your kids into a fan of this veggie!

Among many kids, Brussels sprouts have gotten a bad reputation.  I partly blame the vegetable itself, as it is bitter if eaten raw.  I partly blame well meaning parents everywhere who attempt to cook them for dinner, but aren’t really sure how to cook them for the best flavor.   Overcooking is common, and leaves the Brussels sprouts soft grey, and having a flavor that most people don’t like.  Prepare them properly however, and you can very well have a new favorite veggie!

The benefits of Brussels sprouts for kids

Some kids like these sprouts because they look like “Baby heads of cabbage!”  I love to refer to them like this, but in truth, they are a LOT like cabbage, nutritionally.   Brussels sprouts are great for kids!   They are a great source of:

As I said, overcooking Brussels sprouts is a common problem and leads to the extreme dislike of the veggie among certain populations (children!).  The best way to cook them is by cutting the base off (the tough woody, stem), and removing the loose leaves.  Wash and dry them well.   Then broil, roast, stir fry or steam them for best flavor.  Top with cheese, butter, olive oil, salt, or flavorful bacon.  Serve them for your meal with these other dinner ideas!

Cut the stems away from the sprouts and remove the outside leaves that are falling off.  Toss the sprouts into a bowl with the olive oil and a small amount of salt, and stir them around till they are coated.

At this point, you can arrange them on a single layer and roast them in the oven!  SO GOOD! Let us know how they turn out! 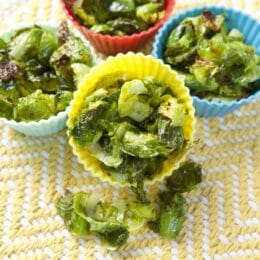 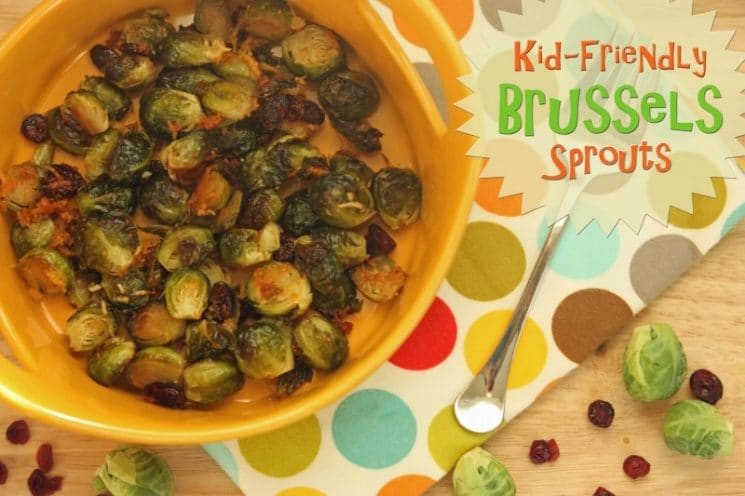 I will try it tonight. I like the simple recipes that are great for you.

How’s is it best to store and for how long. I was hoping to make and use throughout the week to curb hunger for salty snacks

Thank you so much for this site because here its good for the user.