Hey Guys, I wanted to share with you the easiest ways to get your family and especially your kids, to eat healthier food. So, as I was thinking about this last night, and thinking about what is it exactly we do to make it easy for my family to eat. So I actually asked my kids, and they gave me some good feedback that I’ll share with you.  Just for your background, my kids are teenagers now, so I’ve had many years to practice and change things and really find what works.

One of the first things I think is really important when you want kids to eat healthy is to have a clean and organized kitchen. There’s actually studies about this that when your kitchen is organized and clean that our family eats healthier. You know when you’re in chaos, it’s like, you just don’t have those good-for-you feelings that you want to eat better food. You just want to want to pick up the junk and whatever is available.

So the first thing is to have a clean and organized kitchen. Well the way we do this is my kids have chores every morning and they’ve been doing literally, they’ve been doing the same chores for probably 10 years. So they’re really good at knowing, I don’t ever have to remind them, and it’s been the same because these are the things that if they can get cleaned up before they go to school and before we all leave for the day, then it sets up our kitchen to be clean the rest of the day. So for example, on Mondays and Thursdays, my daughter always has unload dishwasher and take out the garbage, every Monday and Thursday for 10 years. So yeah, she doesn’t forget because it’s been her job forever. When she has the dishes out of the dishwasher then you can keep the kitchen clean all day by putting the dishes back in the dishwasher.

And the other job they’ve been doing, so on Mondays and Thursdays, my oldest son is doing counters and sweep. So his job is to wipe down all the counters and we add sweep with that job because if they’re sweeping the counter crumbs on to the floor, then they have to sweep that off, too. So counters and sweep is the second job, and the third job we have is vacuum and bathroom. So just our little mini bathroom downstairs, they wipe it down and they have to vacuum. That keeps our main living area clean every morning because they’re just so used to doing that. So I would say one of the easiest ways to get your family to be healthier is to keep it clean.

The second thing I was thinking of is to create traditions and routines. One tradition we have that’s become simply routine is that we have smoothies for breakfast. Smoothies or oatmeal, and it’s been such a huge part of their growing up that they do it themselves now. So it’s not unlikely for me to come downstairs in the morning and find my kids making their own smoothies. That’s just part of our culture, part of our routine.

The third one, and this is from my son, my oldest when I texted him and said, “What is the one thing that helps that makes it easy for you to eat healthy food?”, and he just writes, “Opportunity. I eat whatever is in the pantry and by having healthy snacks, instead of junk food available, I eat healthy. So I kinda, like I talk about that like, it’s catering to the laziness of humanity. So if we have things available, they’re gonna eat it. And that’s why, I thought this was a fun idea. I picked up this little baby food box yesterday. You know, one of those boxes that you puree, you make your own baby food, then you put it in these little containers and keep it in the freezer. But it also makes a nice little snack dip box. So you can see that I’ve got carrots, hummus, pepper, celery, and ranch. And so if they wanted to, they could just take this whole box out of the fridge and take it with them. So enough, enough.

And the other thing is being prepared for dinner. If you’ve been following Natalie and I for a while, we’ve been talking a lot about meal prep, and this is just an example of the meal prep I did yesterday. This is some pre-cooked quinoa, so that’s ready to go for one of our dinners. This is some sliced veggies that are gonna top one of our pizzas and that’s ready to go. This is watermelon that I balled out with a little watermelon scooper, and so those dinners are ready. We talked a lot more about meal prep in our webinar that we have right now about meal prep and to see that webinar, it’s like an hour, it’s free. We have a lot of great information about prepping and that you can find if you’re on Facebook, you can click on watch video, or if you’re on our site, it’s under Events, so that’s how you can find that video.

Teach them the Results

And the last thing was from my son TJ, he’s 13 now. And he said, “The easiest way for him to remember to eat healthy is knowing the results.” And he’s really into sports, and so he loves soccer, and so he knows that if he eats better, then he’ll be a better soccer player. And I’ve been telling him that for so long that he really has internalized. He really gets that and that really motivates him to want to eat healthier. And he said, “ And if it tastes good.” So if your food tastes good, they’ll want to eat it. So those are the steps. I think it’s really important to talk to your family and do all these together, and I’ll see you on the next video. Don’t forget to subscribe and we’ll have more for you soon. 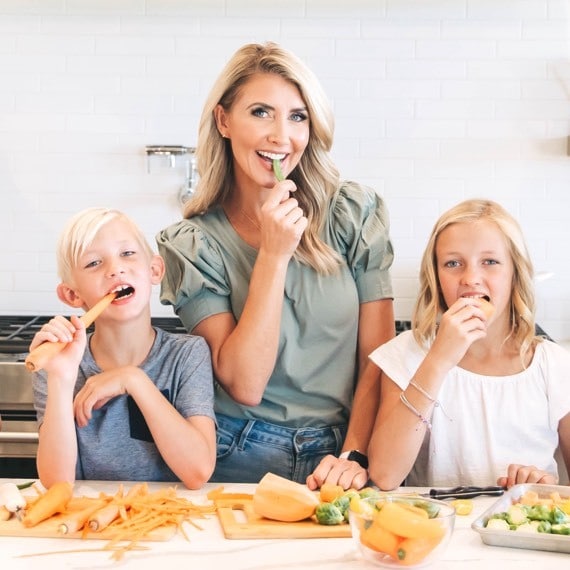 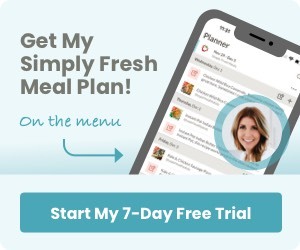